PORT Health continues to strive to meet the needs of our patients through this difficult time. Even though COVID is still a threat, we are now giving our patients the option to have their appointments face to face with their provider. The option for remote appointments remains, however, if you prefer to be seen in the office, you are welcome to come in. Please note that you will be required to wear a face-covering that covers the mouth and nose, maintain social distancing and your temperature will be taken as you enter. Please call ahead of your appointment and let us know which option you choose. Emergency walk-in patients will also be seen face to face if so desired. 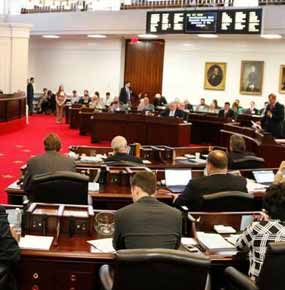 During the past two years, the North Carolina General Assembly has cut mental health funding by more than $260 million.

On Monday, Pitt County leaders reached out to lawmakers for additional funding.

“We will not be able to continue to maintain the same level of services if continued cuts occur,” said Duane Holder, chief financial officer.

That’s the concern for many in Pitt County as state legislators continue to reduce funding for mental health services.

Funding has been coming from the unrestricted Medicaid fund balance.

Once that balance is gone, services could be reduced or disappear entirely.

“So we have adults with mental disorders that are in group homes that will be cut out,” said Pitt County Commissioner Glenn Webb. “We have kids with intellectual disorders that won’t receive the extra treatment that they need.”

If that doesn’t happen, people in Pitt County could be directly impacted.

“The substance-use patients are the ones who are going to suffer the most with the lack of funding because we are not going to be able to provide services and get any kind of reimbursement,” said Glenn Buck, chief clinical officer for Port Health Services.

Bucks said if these services are taken away from patients, it will create even more issues for the state.

“If they are having substance-use problems, and they end up being incarcerated, or the other challenge is they end up in need of hospitalization,” said Buck. “So, either one of those two levels of care will create a bigger burden on us as a community.”