In light of continued progress and improved COVID-19 metrics reported by the NCDHHS, we are now providing patients with the opportunity to be seen face to face. The option for virtual services remains; however, initial and annual assessments/evaluations must be provided in the clinic. Please note, face coverings are required for all in-clinic services and CDC guidelines must be adhered.

Due to inclement weather all services will be virtual Friday, January 21st. If you have questions, please contact your your clinic

Greenville MMTP and New Bern MMTP will be closed Friday Jan 21st and Saturday Jan 22,2022, call the clinic for any questions.

Rocky Mount Clinic will be closed Friday Jan 21, 2022 for all services. 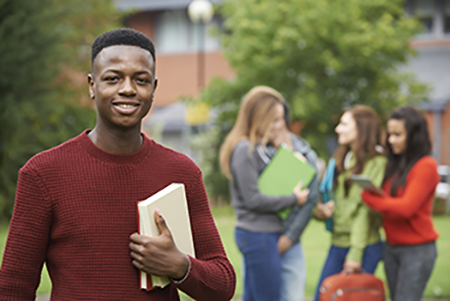 A Louisiana State University freshman died earlier this month after a night of excessive drinking at a fraternity house. Police say his blood-alcohol level was .495, nearly six times the legal limit. Now, 10 fraternity brothers are being charged in the 18-year-old’s death. This scene is happening far too often on our college campuses. Just last month, it was decided that 14 members of a now-disbanded Penn State fraternity will stand trial for the death of 19-year-old Timothy Piazza. He was found dead inside the Beta Theta Pi house after what police called a night of excessive drinking. How can we make a change?

National Collegiate Drinking Awareness Week is held the third week of each October, aiming to bring attention to the serious issues posed by binge drinking among college students. Even though the Greek system seems to be at the center, these types of incidents are not isolated to fraternities and sororities. The purpose of this week is to not only bring awareness to heavy drinking practices, but to bring about a change to the drinking culture both on and off college campuses.

Drinking at college has become a ritual that students often see as an integral part of their college experience. According to the National Institute on Alcohol Abuse and Alcoholism (NIAAA), the first six weeks of freshman year are a vulnerable time for heavy drinking due to student expectations, social pressures, and Greek rush weeks. Many alcohol problems that occur in college are related to binge drinking.

What is “Binge Drinking”?

Binge drinking is defined as drinking an excessive amount within a short period of time. Drinking to this level of excess can cause serious health and safety risks. 19-year-old Piazza suffered multiple traumatic brain injuries after falling down a flight of stairs. His blood alcohol level was .36, four and a half times the legal limit. Could this have been avoided? Learning the risks and ways to avoid binge drinking is the first steps in changing the drinking culture within our university system.

How to Avoid Binge Drinking?

It’s not realistic to tell a college student to choose a Coke over beer, or water over wine. However, you can help them make smarter choices when it comes to alcohol. There are many steps that can be taken to help prevent binge drinking, especially among our college campuses. A few of these include:

Choose Responsibly, a non-profit organization promoting public awareness of alcohol consumption, encourages you to take this week as an opportunity to learn about the triggers of heavy drinking on college campuses and how you can help make a change by creating a better drinking culture.

Identifying a problem is the all-important first step to finding a solution. If you think you or someone you know may have an Alcohol Use Disorder, visit our Self Assessment page and take our CAGE Assessment.