In light of continued progress and improved COVID-19 metrics reported by the NCDHHS, we are now providing patients with the opportunity to be seen face to face. The option for virtual services remains; however, initial and annual assessments must be provided in the clinic. Please note, face covering are required for all in-clinic services and CDC guidelines must be adhered. 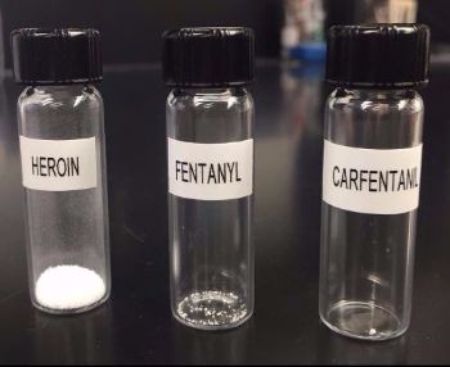 The United States has seen a 137 percent increase nationwide in drug overdose deaths in last 17 years. Our country is now facing an epidemic and drugs don’t single out any individual. Overdose deaths affect men and women, all races, all ages, and from all economic backgrounds.

On July 20, 2017, Greenville Fire/Rescue reported that they responded to seven 911 calls to assist someone who had overdosed on narcotics. Each patient was taken to the hospital except for one, who was found dead upon arrival. Pitt County isn’t the only county with numbers like this.

Chocowinity EMS Captain Shane Grier explained the depth of the situation in Beaufort County. He says people are now lining drugs, like heroin, with carfentanil, making the drug even more dangerous. “The problem is a lot of this stuff is cut in peoples kitchen and each hit is a different amount,” Grier said.

As of January 1, Chocowinity EMS has responded to 78 overdoses. Grier says they receive overdose calls at least twice a week. Here are some eye-opening facts about what’s happening in Beaufort County:

PORT Health offers Medication Assisted Therapy to specifically treat people struggling with addiction to opiate based substances. The overall purpose behind using an opioid substitution drug is its capacity to assist the patient in gaining stability. This treatment provides the opportunity for the substance user to experience a reduced level of withdrawal symptoms and drug cravings while not producing the euphoric effects often experienced with illicit drug use.

With more than 20 locations across Eastern North Carolina, we are here to help. PORT also offers facility-based crisis centers and two halfway houses. Our qualified medical and clinical professionals are here to help individuals stabilize and recover in a safe and insulted environment. Help is closer than you think, find your nearest PORT Health location, today.