Please note that PORT Health does NOT call patients about payments. If you receive a phone call regarding payments,

Recovery is a Journey, Not Just a Word 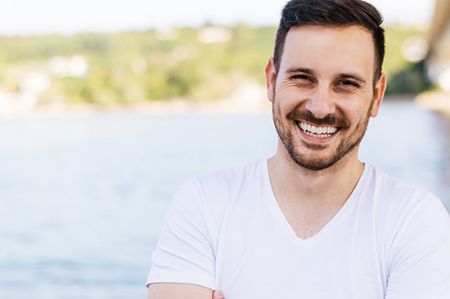 Every year, millions of adolescent and adults are impacted by substance use disorders in the United States. While tobacco use and underage drinking have been steadily declining since 2002, only a 5% usage reported in 2014, the use of illicit substances has been increasing. In 2014, 4.3 million Americans, ages 12 and older, reported using pain relievers for nonmedical use.

We are currently in the midst of an opioid epidemic. But what does that really mean? In 2016 alone, over 63,000 Americans died from an overdose, and over 42,000 of those deaths were from opioids. Those are just some of the beginning numbers. According to the National Safety Council:

North Carolina is currently one of 13 states that are improving the opioid epidemic in our state by:

Recovering from a Substance Use Disorder

Recovery is an ongoing journey, not a one-and-done type of treatment. Even if you, or someone you know, is suffering from a severe and chronic substance use disorder, with the right help and determination, you can overcome this disease and regain control of your life.

What does it mean to be in recovery? This means making positive changes and valuing becoming contributing members of society once again. This process is not an easy one, but one that is highly personal and occurs on many different pathways. Recovery may include clinical treatment, medications, faith-based approaches, peer or family support and much more.

According to the National Safety Council, successful evidence-based treatment programs address the interdependent aspects of addiction. Understanding how opioids affect a person’s biological, psychological, and social aspects explains why medication-assisted treatment (MAT) is not only necessary but is beneficial to those struggling with a substance use disorder and is the most effective way to treat these disorders.

At PORT, we believe that MAT is most effective when it is administered in conjunction with comprehensive therapeutic services. The combination of these two treatments creates better outcomes for the patient, such as:

Mental Health in the United States

According to the Substance Abuse and Mental Health Services Administration (SAMHSA), one in five adults, aged 18 and older, has a mental illness. In 2014, nearly 44 million Americans reported having a mental illness, with only 45% of those receiving treatment services. Some other numbers behind mental illness include:

There is no single test that will diagnose a mental health condition and trying to tell all the different signs isn’t always easy either. Each of the illnesses listed above has it’s own set of symptoms, but some of the most common signs of mental illness include:

These types of conditions can also begin to develop in young children. In fact, one-half of all chronic mental illness begins by the age of 14. At the age, many adolescents are still learning how to identify and fique out their thoughts and emotions, so they do not share what is bothering them. Symptoms of mental illness in children may include:

Recovering from a Mental Illness

Recovery from a mental illness is possible when you start treatment early and play a strong role in your own recovery journey. Choosing the right combination of treatment and support that works for you is an important step in your recovery process. Treatment choices for mental health conditions will vary from person to person.

Some of the most common forms of treatments for a mental health condition include:

Whether you are suffering from a mental health condition or a substance use disorder, help is available to you and your loved one. At PORT Health, we have locations across Eastern North Carolina that offer walk-in services. We believe these illnesses are treatable and recovery is always an option.